I have imagined myself a writer all my life. When I was a kid in Southern California I wrote poems and cowboy songs. In those days my imagination was unfettered and I roamed widely in it. Today I find that life has attached a number of fetters I constantly work to overcome. 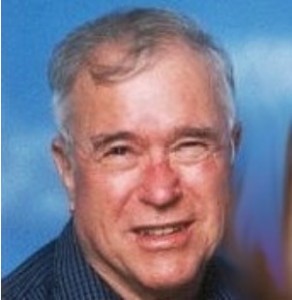 I was an early and avid reader – mostly adventure stories. As I read Mark Twain’s Huckleberry Finn, I was Huck, drifting down the Mississippi River on raft with Jim, I rescued Jack London’s big dog Buck from a brutal prospector in Call of the Wild, I became Jim Hawkins, fighting Pirates in Robert Louis Stevenson’s Treasure Island – and was Ken McLaughlin, riding Thunderhead in the County Fair race in Mary O’hara’s classic tale of a great white stallion on a Wyoming Ranch. At 14, my dream was to be a rancher on the Wind River Range in Wyoming raising horses and cattle. As I grew older, I never completely lost the habit of wandering in my imagination. I think the result of that may be my two novels so far and the ones yet to come.

Professionally, I was a deputy for 35 years with the Los Angeles County Sheriff’s Department. During those years, I earned a degree in Journalism and an MPA in Public Administration. Over the years, I was often asked what good a degree in Journalism was to a law-enforcement officer. Well, I would answer, during my patrol experience I found I was like a reporter following criminals around writing stories about their depredations so detectives could go find them and arrest them. And, every now and then I’d catch one in the act. My military career spanned three years, nine months and nine days in the Army.

Since retirement, I have been a feature writer for magazines and my local newspaper. My focus has been on travel and wildlife. Friends and acquaintances always ask why I don’t write crime stories. I’ve asked myself that questions lots of times and the answer always is – I don’t know. I’m considering it – maybe I need to invent a lady super agent who can whip three male cage-fighters all at the same time. Oh wait – that’s already been done.

I have begun many novels over the years and have completed two. My first title is LOST! – an adventure about kids lost in a mountain snowstorm written for readers of all ages. My most recent novel, Track of the Hunter, has just published. It is another adventure story about the dangers of chasing poachers of wild animals in California’s High Sierras. I am working on a third novel that will be on the shelf next summer.

My novels are available from Amazon and Barnes & Noble.