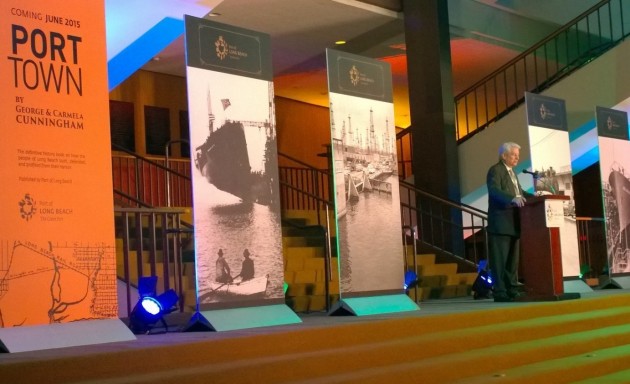 George and Carmela Cunningham’s new book, Port Town, was the featured display at the Long Beach Port’s reception for JOC’s Trans-Pacific Maritime Conference. The speaker is port Chief Executive Jon Slangerup. The Port deserves a lot of credit for commissioning the 500-page-plus work, which is a candid history – warts and all – of the mistakes, successes, politics, and legal battles that ensued over the port’s 104-year history. Port Town is due to be released in June.
Comments: 0
Monday, December 22, 2014 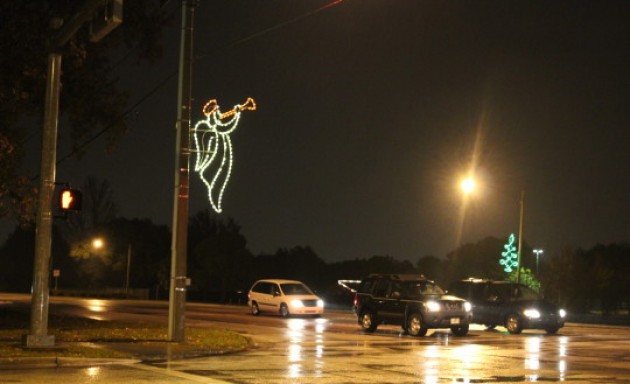 An electric Angel announces the birthday of Jesus Christ on a wet and stormy night. You don’t have to be a Christian or even believe in God to be charmed by the story of a child born in a manger more than 2,000 years ago – a child who changed the world. Myth or reality, it’s a powerful story, especially late at night on a lonely street corner in the rain.
Comments: 0
Friday, December 20, 2013 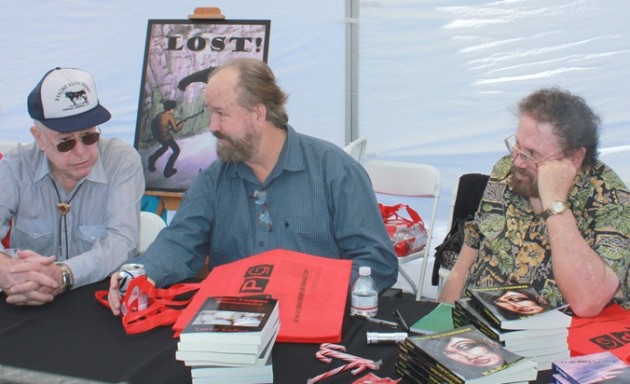 Authors Ken Cable, Larry LaRue and George Cunningham share a moment at a “Meet the Author’s” book signing on Sunday at Canyon Lake Farmers Market. A dozen authors participated in the event, chatting with their readers, building their tribes, and selling signed copies of their books. Some folks were buying for themselves, some as gifts for others, but don’t feel bad if you couldn’t make it. The books are also available on both Amazon and Barnes & Noble – just click the links on the right hand column.
Comments: 2
Monday, September 23, 2013 Author Ken Cable gets ready to cut the cake at the launch party and book signing for his second novel, Track of the Hunter. The new novel, released by Reader Publishing Group, tells the story of Mark, a 16-year-old Forest Service intern who finds himself on the trail of illegal poachers who are slaughtering bears to sell their organs on the black market.
Comments: 0
Saturday, September 7, 2013 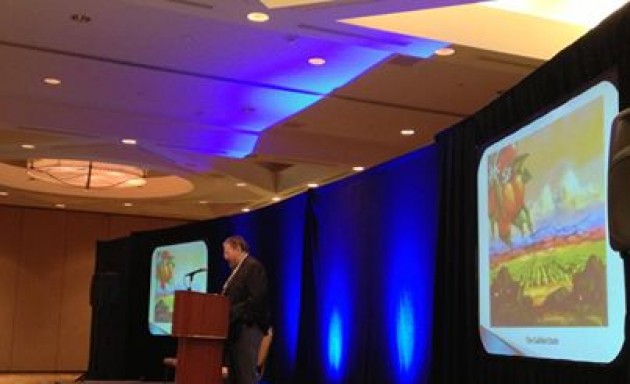 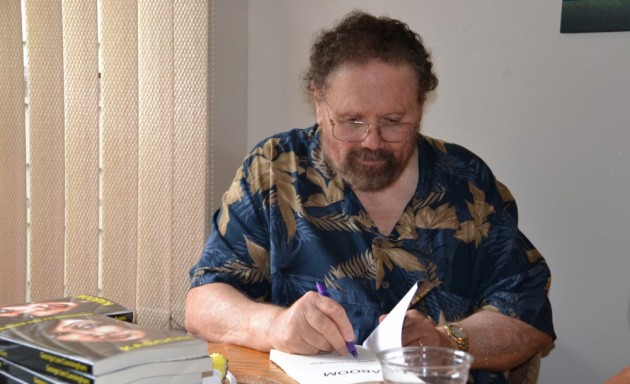