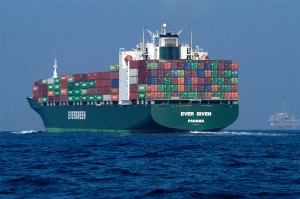 • Two decades later, we are still talking about terminal turn times – the time it takes a trucker to arrive at a terminal, wait in line, conduct his business and be on his way. At issue is that we have one of the most structured workforces in the world, union longshore workers, interacting with one of the most unstructured work forces, independent contract drivers. There are ways to help mitigate the problem, but despite what folks say, they are reluctant to abandon the ways of the past and adopt some of the available solutions. Another problem is that the turn-time conflict has been going on for so long that battle lines have been drawn. If one side thinks they have the answer, the other side immediately feels the need to poke holes in it.

• What is the value of different kinds of cargo? There are some kinds of cargo that provide more of an economic benefit for Southern California than others. Cargo that merely passes through the port on its way somewhere else may leave a smaller environmental footprint than cargo that is handled, sorted, and sold within the region, but it also has less of an economic benefit. And there may be evidence that bulk and break-bulk cargo produce a bigger bang for the local buck than containerized goods. I would like to see the figures on that.

• The more efficient you become, the less people you need, the fewer jobs you create. But if you don’t become more efficient, much of your cargo may go elsewhere. I have no answer for that. It’s merely an observation.

• Smart manufacturing and things like 3-D printing could be a game changers. It means that more manufacturing could return to the United States. Not the jobs, but the manufacturing of stuff. Robots never get tired, they always have a good attitude, and you don’t have to pay them benefits or retirement. Robots in the U.S. would probably cost about the same as robots in China or Taiwan or Korea. That could mean that there would no longer be a need to make something in one place, and then transport it across the ocean to be bought by consumers. The industrial revolution is over, at least when it comes to mass employment. It’s time to adjust.

• I am tired of the word “collaboration” and being told what a great thing it is to get 30 or 40 perspectives in the room and try to please everybody before you make a decision. To me it just sounds like a justification for kicking an idea around for two or three years until it has absolutely no value left and then implementing it. You may disagree. I’d love to hear from you.

• Several speakers said nobody likes litigation. We have to find ways to avoid it. Really? That seems to me to be code for give us everything we want, and we won’t sue.

• One speaker noted that the real conflict should not be between industry and environmentalists, but between Los Angeles-Long Beach, and New York-New Jersey, Savannah and Houston. Those other ports don’t have to meet the same environmental standards that the California ports do. If you want to level the playing field, you must exert the same pressure on those ports to improve their environmental standards that has been exerted on California ports. Wise words, but until it becomes as easy to file a lawsuit and tie things up in court in states like Texas, Georgia, and New Jersey as it is in California, that’s probably not going to happen.

• Another speaker said they welcome innovation and new ideas, many of which are generated by small businesses. Again – really? I have seen a lot of good ideas be taken, studied, re-studied, and talked about over months and years while the entrepreneur who came up with the idea is swinging in the breeze, bleeding money, until he final cries “uncle” and retreats from the arena with what few assets he has remaining. The more times that experience is repeated, the fewer new innovative ideas you are likely to generate.

I certainly don’t have all the answers. If you do, please let me know.

George Cunningham and his wife Carmela are writing a history of the Port of Long Beach. George’s email address is george@readerpublishing.com