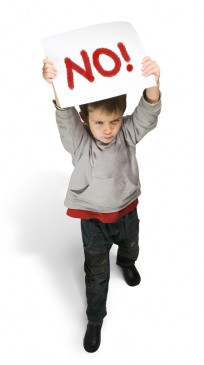 The catalyst group is usually small, but contains vocal advocates that huff and puff to raise a crowd.  Often that crowd is already assembled, as at sports arenas and rock concerts. As the word spreads by TV camera and social networks, curiosity brings people to the scene.  Once there, they gain an anonymity that often frees their normal sense of restraint and they suddenly realize they can join in the shouting, name calling – and rock and bottle throwing without consequence. It’s generally a lot of fun in the beginning, but when the police react, the fun starts to evaporate. The curious onlooker, pushed, shoved, threatened, and sometimes hit by tear gas, becomes infuriated and joins the mob.

Example:  On August 11, 1965, police arrested a young man in South Central Los Angeles for drunk driving.   A curious crowd gathered.   Instead of immediately transporting their prisoner from the scene – an excellent practice – the police remained long enough for the suspect’s mother to arrive and harangue the crowd alleging police brutality.  Soon bottles were flying and an effort was made to free the prisoner. The fight was on.  In the end, the city was in flames, 34 people, including a deputy sheriff, were killed and Los Angeles looked like a desolate battlefield.  Criticism of the police action was shrill and long-lasting.

Then came the profiteers to root around in the debris with self-serving motives.

There are those in our society – many in the media and way too many in government – who gain monetarily or politically from practicing racism.  I am not suggesting that civil disobedience has not played a positive role in our enlightenment – it has.  But, terrorizing and destroying businesses, beating up passers-by, and fighting first responders (including fire fighters and paramedics), creates a protest category all its own.  It’s called a riot. It’s never productive; it’s always destructive.

So what should societies do about it?  Two things come to mind.  One, work hard to eliminate incentives to riot while fostering peaceful assembly to seek redress, and two, keep training first responders in how to best deal with consequences if that effort fails.

George Zimmerman’s acquittal?  In spite of the non-stop discourse about the event, the jury was required to evaluate only those few seconds between the initial assault and the shooting. Was it or was it not self-defense?  The evidence presented to the jury caused them to decide that it was self-defense, and they get the last word. Should everyone now just shut up and go home?  Yes.  Will they?  I don’t think so.  It’s almost two months past the acquittal and Zimmerman’s still making news.  Last week, he got pulled over for a speeding ticket.  There’s just too much mileage is still left in this one.

A high ranking government official recently said, “You do not want a serious crisis to go to waste.”

I guess there’s just no profit in that.

Ken Cable is a nature and travel writer.  His new novel “Track of the Hunter” about a 16-year-old forest service intern on the trail of a poacher is now available. “Track of the Hunter” and his first novel, “Lost!” about three young boys attempting to survive in the high Sierras during a spring storm can be ordered at www.readerpublishing.com. You can contact him at Ken@readerpublishing.com