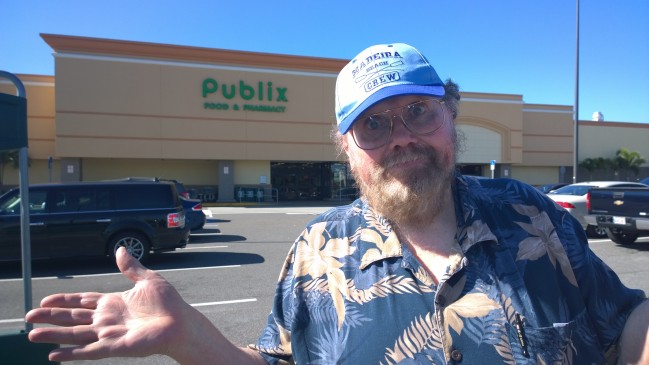 Or the time my mother-in-law got into a beef with a traffic cop, who wrote her a ticket and insisted that she sign it. She refused, even though all she was signing was a promise to appear in court or pay the fine. He explained she had to sign it or he would have to take her to jail, something he really did not want to do to an 80-year-old woman. Fine, she finally snapped. She grabbed the ticket from him and scrawled her name, adding at the bottom – “signed under duress.”

That is what is referred to in our family as “an incident.”

I had my own incident the other day at the supermarket. It was late. I was buying some milk, some chips, some bread, and some Velveeta. I was hungry, and I was in a hurry. There were only three people in line, my wife and me, and the man in front of us. The cashier rang up his sale, and then asked him if he would like to contribute to some children’s charity. What kind of charity, the man in front of me wanted to know, so the cashier explained. Then the cashier asked if the shopper wanted to have a special account that would provide him with discounts on specified items. The two talked about that for several minutes. Then there was the offer for a special discount on gasoline, in which participating customers got a discount from a certain gasoline company according to how many groceries they bought at the supermarket chain. Hmmm, the man said. Let me call my wife. He had a short conversation with his wife, while I wait, hungry, tired, and steaming in line.

The man in front of me finally reached an executive decision not to participate in the store’s gasoline discount program – apparently on the advice of his wife, who I’m guessing was also waiting impatiently for him to finish his purchase and bring home the family food.

I finally reached the cashier with my groceries. How are you tonight, the clerk asked with a big friendly supermarket-approved smile on his face.

“Not so good, I tell him. I’ve been waiting in line a long time. How many transactions do you have to go through to sell somebody groceries?

“I’m just here to serve our customers,” the clerk told me.

“I’m a customer too,” I responded, “and I’m hungry and tired and waiting in line while you and “maybe-I-should-call-my-wife” boy discuss his next fill-up at the local gas station.”

The clerk was no longer smiling. He was silently running my items across his little bar-code scanner, beep, beep, beep, and I’m thinking I’m almost out of here, when he asked me, “would you like to participate in our children’s charity drive?”

I tensed up. After all I just said, the guy was now just screwing with me.  “I don’t want to make a charitable contribution, I don’t want to participate in any supermarket discount program, and I don’t need any help buying gas from your affiliated gasoline chain since I can probably buy it cheaper at the station across the street. All I want,” I tell him, “is to give you some money, take my food, and go home.”

No other words were exchanged. I paid for my items and received my change.

“My goodness,” my wife says as I stalk from the store with my groceries. “I think that qualifies as an incident.” This coming from the “are-you-a-thief-or-an-idiot” girl.

I take it as a compliment.

George Cunningham and his wife Carmela are currently writing Port Town: How the People of Long Beach Built, Defended, and Profited from Their Harbor. It is due out in June. You can order George’s novels, Kaboom and The Big Story, at amazon.com