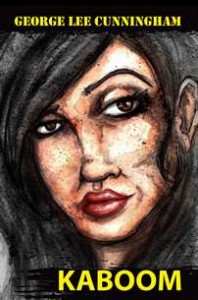 KABOOM is a story  told from multiple perspectives about a community and how the members of the community act and react toward one another following a mass murder. This darkly funny tale of a typical Southern California community and the various non-typical folks you live there features murder, revenge, marital betrayal, a slick attorney, a bitter backyard dog, a homeless vet, cop sex, street justice, and the secret feud between the bus drivers and the mailmen. It’s an over-the-top work especially designed for people with short attention spans. Kaboom! 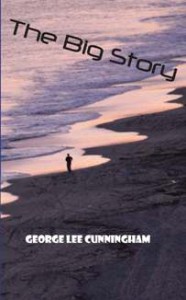 It’s 1971 in Southern California and corruption abounds, but not in the pages of The Daily Sun News.  Hard drinking reporter Hubert Lee Cudahy is out to change all that even if it means his job, his life, and a chance to get back together with his sexy ex-wife.  But it will take more than a lousy attitude and a smart mouth to get his story told. Author George Cunningham, who spent more than 30 years working as a daily newspaper reporter, takes you back to a time when there was no internet, reporters called the office from pay phones and pounded out their stories on typewriters. It was a wonderful time to cover the news.

Veteran sports Writer Larry LaRue relates 100 stories of life in the Major Leagues and his encounters with some of the greats and not-so-greats that he has covered with during more than 32 years on the job.  His encounters with the men who make their living playing a game are sometimes  funny, sometimes sad, sometimes inspiring, and all revealing of the men who reach one of the most exclusive clubs in the world and their daily struggle to remain a part of it.

Three boys set off in 1970  to visit their aunt  in the High Sierras. But before they can get there, the bus breaks down, the boys run off to track a deer, and by the end of the day they are cold, hungry and lost.  But they aren’t the only ones trying to survive in the mountains. A rogue bear is stalking them in a deadly game of cat and mouse, and guess who are the mice. Three young humans just lost their place at the top of the food chain. Author Ken Cable tells a tale of fear and triumph in the wilderness. 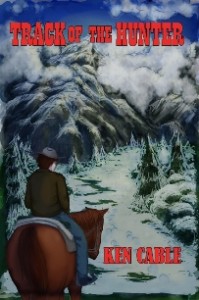 Two years after surviving a late-season snowstorm with no food or shelter, 16-year-old Mark is back in the Eastern High Sierras – this time to complete a summer internship with the California Forest Service. Mark’s job is supposed to be helping maintain trails throughout the Sierras, but very soon he gets involved with thwarting a bear-poaching ring and saving a rare bighorn ram from a big-game hunter who’s determined to add the ram to his collection of some of the world’s most exotic – and rapidly disappearing – animals. Mark fought off a bear and bad weather in his first trip to the High Sierras. This time it’s guns and bad guys – and he’ll need all the courage and grit to survive his second trip into California’s wilderness. 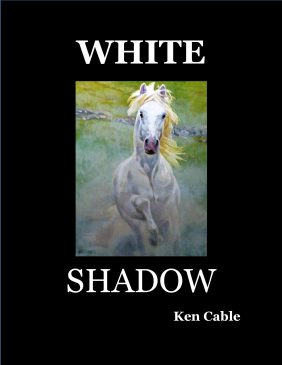 When somebody stole his pony, 16-year-old Jeff Martin vowed to get him back, even if it meant going someplace he had never been and facing unknown dangers along the way. He had no idea that
police in three states would try to stop him, that
he would encounter dangerous wild animals,
that criminals would try to rob him, and that he
would have to abandon his search to save an
injured Indian girl.