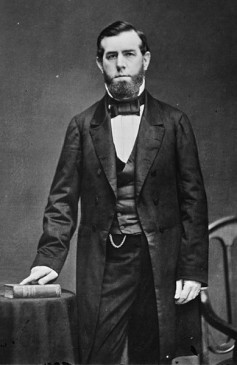 Glenna Matthews in her book, The Golden State in the Civil War, noted that more than two-thirds of the state legislature during the 1850s showed up for their deliberations carrying firearms. “The same legislature had made dueling illegal in 1854, but juries refused to convict and more duels were fought in California in the 1850s than in any other state in the union,” she says.

In September of 1859, David Terry, who had just resigned as the chief justice of the state supreme court, killed David Broderick, one of the two sitting U.S. senators from California, in a duel. Terry had insulted Broderick by scorning him as a follower of African-American abolitionist Frederick Douglas. Broderick, who had backed Terry in the past, felt betrayed and challenged him to a duel, Matthews recounts. The two men met in San Mateo County, just outside the San Francisco city line.

Terry won the coin toss and was able to choose the weapons – dueling pistols with hair triggers. Broderick’s pistol misfired and Terry shot him in the lung. Broderick died a few days later and became a martyr in the fight against slavery.

The outcome was often less than just, but that’s the way it was in early California. And here we are today.