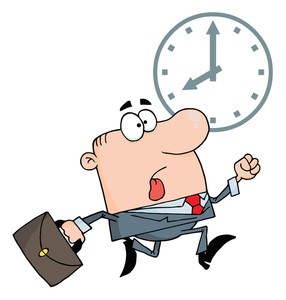 But hours, seconds, and weeks – we just made that stuff up. Daylight savings is proof of it. That spring forward and fall back deal was just an idea that a bunch of political types came up with to reset the clock. Nothing changed except how we measured the passage of time.

Who says a day has to have 24 hours? Why couldn’t it have 10? Each hour would be two hours and 24 minutes of the old hours. If you had to be at work at 8 a.m., now you would simply go in at 3:20. Why couldn’t each hour be divided into 100 minutes and each minute into 100 seconds? Once everybody became accustomed to the new way, time would be so much easier to figure, and it would provide lots of jobs for watch makers.

But if we really want to shake things up we would change the week. Nobody really knows why we use seven days for a week, although there are a lot of theories about the phases of the moon or the number of observable heavenly bodies or how many stars there are in various constellations. According to the bible, God took six days to create the world, then he took the seventh day to rest. But let’s face it: we’re not God. We’re lucky to get through five days without getting fired. Then we need two whole days to rest up, not just one.

Here in the good old USA, we would do better. The Soviets changed everybody’s work schedule, but they left all the day names intact. How confusing is that?

If we were to go from a seven-day week to a six-day week, we’d have to give a day up. Nobody likes Monday. We could go straight from Sunday to Tuesday. Since Monday is a work day, people would only work four days, and then have two off. We wouldn’t get as much work done, but we’d have eight additional weeks and four additional days in the year to catch up. If we went down to a five-day week – good-bye Friday – we could have three days of work and two off and 73 weeks each year.

Or if we went to an eight day week, we’d have to add a day – let’s call it Funday. We’d still work five days, but now we’d be off three – Saturday, Funday and Sunday. The rat race would continue, but the rules would be different.

This time the rats would be in charge of time instead of the other way around.

George and Carmela Cunningham’s new book, Port Town, is due out in June.  You can order George’s novels, Kaboom and The Big Story, at amazon.com or by clicking the appropriate links in the right-hand column.