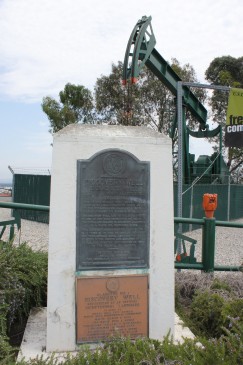 The Signal Hill oil field was one of the richest ever found in North America. In 1923 – the year of peak production – California produced almost one-quarter of the world’s entire output of oil. Ninety-two years later, the Signal Hill field is still producing. So far, total production from the field has been almost 1 billion barrels, and there’s more waiting to be pumped.

George Cunningham and his wife, Carmela, are writing a book on the history of the Port of Long Beach.  You can email George at george@readerpublishing.com